Aadhar Enrolments: Why Post Office is the Popular Choice?

- Anurag Priyadarshee*
Of late, post offices across the country have been attracting large crowds eager to enroll themselves for Aadhar. In many post offices enrolment slots for the whole year are already booked and citizens are being advised to book post office appointments for the enrolment in the next year.
Post offices are used to having unmanageable rush of customers off and on, as they keep being entrusted with a variety of assignments due to their unparalleled reach among Indian citizens. People rushing to the post offices for Aadhar enrolment is however significant in view of the fact that post offices are not the only agency engaged in this work. Despite the fact that banks, state governments agencies and other institutions are also offering this service, people are seen distinctly preferring the post offices to get themselves enrolled for Aadhar.
Raghavendra Rao and his friends in Bangalore, for instance, have got appointment for Aadhar enrolment at the post office in February next year. He is quoted by Bangalore Mirror in its 6 September 2011 issue mentioning that he would wait for his turn and get registered at the post office only. He and his friends do not want to go anywhere else for this purpose even if his turn may come much faster there.
Such loyalty to the Post Office is a vindication of the pro-people culture and environment nurtured and evolved at post offices over a century and a half. While people, especially those belonging to the under-privileged strata, find it intimidating to attend a bank branch or other government office, they feel at ease while transacting at the post offices. The Post Office as an institution is more deeply rooted in various local social structures than any other similar institution, whether public or private. This rich ‘bridging’ social capital is being leveraged while offering schemes such as Aadhar enrolment at post offices.
There may be some learnings here for policymakers designing programmes for improvement of wellbeing of the common people. Deeper engagement of Post Offices with delivery of social sector programmes may address several constraints associated with them.
* Director (Rural Business), India Post.
The views expressed are personal.
Posted by Mumbai Postal at 3:27 AM 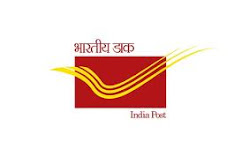